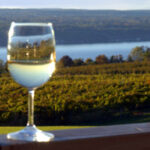 We live in New York’s verdant Hudson Valley where we will spend our Thanksgiving. Our November 26 show is dedicated to New York State wines, spirits and cideries which produce not only wonderful products loved by restaurateurs and consumers alike but also produce jobs for many people. Thanks to initiatives like NY State Governor Andrew Cuomo’s Taste NY marketing campaign, New York is spreading the news about its locally produced wines, ciders, spirits and artisan foods and farm products. 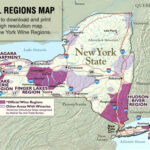 With a rich history and a range of styles, NY State wines are food friendly and versatile. Critics agree. Last year alone New York wineries won over 700 gold medals or above at competitions around the world.

Hard cider is the fastest growing beverage alcohol category in the U.S. According to Nielsen’s tracking of cider sales off-premise, sales of hard cider increased 89% or about $280 million in sales. Data compiled by end of April 2014 shows an increase of 78%. Cider Journal projects at the rate cider sales are growing the retail business for this category could top half a billion dollars.

Warwick Valley Winery & Distillery is located among the apple orchards of the Lower Hudson Valley. Taking advantage of the abundant apple crops, owners Jason Grizzante and Jeremy Kidde applied for a farm winery license and cider producer license in 1993; doors opened to the public in 1994. Warwick’s Doc’s Draft Hard Ciders, named after Grizzante’s father, are some of the first hard ciders brought to market in the current renaissance of the cider industry and are marketed in a variety of styles and from a variety of different fruits, including both Apple and Pear. 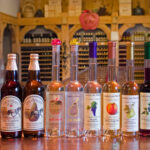 In 2001 Warwick applied for and received a grant to develop New York’s first fruit micro-distillery. Warwick’s fruit brandies and liqueurs have received numerous accolades. Warwick Valley Distilling partners, Jason Grizzanti and Jeremy Kidde expanded their production to spirits with the founding of Black Dirt Distillery in 2012, which produces Gin, Bourbon, and its signature Apple Jack. Named after the famous “Black Dirt” region of the Hudson Valley’s Orange County farmland more famous for its onion production, the new distillery also does custom work for fledgling spirits not yet able to make their own products. 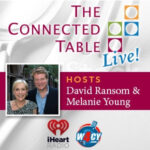