We have another spirited lineup this week from coast to coast Wednesday, October 29, on The Connected Table Live on www.W4CY.com, 2p.m. ET/11 a.m. PT.

Our first guests are the bartending world’s dynamic duo, Lynnette Marrero and Ivy Mix, who have built the largest female bartending competition in the USA- and soon the world…. Speed Rack. Along the way Speed Rack has raised over $250,000 for breast cancer charities.

Speed Rack showcases not only the growing number of talented women in mixology while providing for the #1 women’s health issue in the country. One in 8 women is diagnosed with breast cancer.

The competition judging is based precision, time and accuracy. Contestants compete in timed heats to make rounds of cocktails culled from a list of accepted industry-standard classic recipes in front of a panel of judges and a crowd of spirited supporters.

Speed Rack’s fourth national tour kicks off in Washington DC November 10 and will travel to eight cities before crowning the Miss Speed Rack national winner at the U.S. Finals taking place in New York June 7. The first international Speed Rack competition will start in Canada in March 2015 followed by Paris in June and concluding in the U.K. next October.

We’ll be switching gears to talk saké in the second half of our show with Steve Vuylsteke, Founder and CEO of SakéOne. A native Oregonian, Steve’s family founded Oak Knoll Winery, one of Oregon’s pioneer wineries, in 1970. Steve has worked tirelessly to promote Oregon craft beverages, working for his family’s winery, as general manager and sales manager for Erath Vineyards and serving on the Oregon Wine Marketing Board and Willamette Valley Wineries Association.

He turned to saké in 1992 founding SakéOne, the only American operated sake brewery focused exclusively on premium sake in Oregon’s wine rich Willamette Valley, and importer of some of Japan’s finest saké. SakéOne has been crafting strictly junmai ginjo quality saké at its state-of-the-art kura (brewery) in Forest Grove, the heart of the Willamette Valley: Oregon’s craft beer-brewing and wine making mecca, since 1998.

In 2010, SakéOne’s Momokawa “Ruby” Junmai Ginjo earned a silver medal at the prestigious U.S. National Sake Appraisal 2010, no small feat for an American producer in a crowd of more than 300 Japanese entrants and a judging panel held to precise Japanese standards.

Shanken News Daily recently reported that “Marketers of top saké brands say the category is now making inroads into the mainstream, while also benefiting from marked expansion in its core Asian restaurant account base.”

We’ll discuss why saké is gaining popularity here in the USA and talk the ins and outs of enjoying saké with Steve. Fun fact: Portland, Oregon boasts the highest per capita consumption of saké in the U.S. A home run market for the state SakéOne calls home.

Each Wednesday food and beverage industry insiders Melanie Young and David Ransom bring you the people who work front and center and behind the scenes in the industry on The Connected Table Live. Melanie and David are the Insatiably Curious Culinary Couple. Follow them on https://twitter.com/connectedtable
https://facebook.com/theconnectedtable 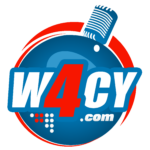 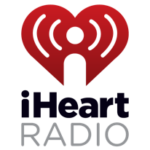 Kevin Zraly has been described as a naturally gifted speaker who is both refreshingly humble and candid. His passion for wine and his engaging teaching style helps demystify the ever-changing world of wine. He began his career at age 19 as a waiter and bartender in a New York Times four star rated restaurant in the Hudson Valley, New York. In the years that followed, Kevin journeyed to vineyards in New York, California, and Europe learning his trade and developing his expertise as a sommelier.

After graduating college Kevin moved to New York City and a chance meeting with author Barbara Kafka and legendary restaurateur Joe Baum led to his hiring as the first cellar master and eventually wine director for the renowned Windows on the World restaurant atop One World Trade Center. Windows soon became the country’s top grossing restaurant and, with Kevin at the helm of its highly acclaimed wine list, sold more wine than any restaurant in the world. It was there that he established his Windows on the World Wine School now in its 39th year graduating more than 20,000 students ranging from wine novices and aficionados to top chefs and culinary professionals. Kevin worked at the Windows on the World Restaurant from the day it opened in 1976 until September 11, 2001.

With his first book, Windows on the World Complete Wine Course published in 1985 (an updated annually), Kevin began translating his classes onto the pages of books where his quick wit and capacity to communicate takes the reader through his worldwide journeys from grape to glass. He is also author of the first book that covers wineries and vineyards in all 50 states, Kevin Zraly’s American Wine Guide and The Ultimate Wine Companion, a compilation of 40 world-renowned wine writers.

He is has served as a member of the Culinary Institute of America’s Board of Trustees since 1990 and director of the Sherry-Lehmann/Kevin Zraly Master Wine Classes and the Sherry-Lehmann/Kevin Zraly Wine Club in New York City. He has been featured in The New York Times, People magazine, The Wall Street Journal, GQ magazine, Newsweek, and USA Today and co-hosted the Food Network’s Wine A to Z.

We will dedicate the full 50 minutes to Kevin and will open our chat room to take your questions. To participate, log on to: www.w4cy.com

Our first guest is Lizzie da Trindade-Asher, President of Macchu Pisco, who with her sister, Melanie, have helped share Peru’s national drink with the world. A lawyer by training Lizzie directs the legal, marketing, and importing side of Macchu Pisco and its sister brands, La Diablada and Ñusta Pisco. Melanie oversees production in Peru. Together, Lizzie and Melanie have achieved 30 percent growth annually since founding the company in 2004. “Every day, I am inspired by my sister’s dedication to creating authentic pisco,” says Lizzie, who graduated magna cum laude from Duke University, worked for the 1992 presidential campaign for Bill Clinton, and earned a degree with honors from Harvard Law School.

Their pisco is an un-aged 80 proof clear spirit derived from a single distillation of fresh fermented grape juice (wine). It takes at least 4 bottles of wine to produce one bottle of pisco. It is from this costly process that an elegant spirit is born, one which most closely captures the essence of the grape. According to Lizzie, pisco is traditionally a sipping spirit. Because denomination rules require no additives whatsoever, pisco can be considered organic and thus should not produce a hangover, the mark of a real pisco.

Lizzie and her sister are active in supporting and improving Peruvian working conditions and women’s rights, as well as Latinas in business and education both in Peru and the U.S. Macchu Pisco established a precedent in Peru to support traditionally underpaid farmers by paying fair wages to the women who harvest their grape crops. They also ensure their socioeconomic goals are met from ground to glass by employing a vertical integration model—the only pisco company to hold such credentials—owning and overseeing each step of the production process. They also formed the Asher-Ezra Scholarship Fund, which provides financial aid to underprivileged Latino children in the Bronx.

Our second guest is Allison Patel, founder and owner of Brenne Single Malt Whisky produced in Cognac region of France. Allison’s professional background combines arts and smarts. As a young girl she was a professional ballerina performing with the Joffrey Ballet in New York City. After retiring from the corps de ballet she worked in national sales and marketing for EXHALE Spa, setting and exceeding sales goals.

Her move from the ballet barre world to the cocktail bar world is just another sign of her entrepreneurial spirit. Traveling in France pursuing her passion for good food and drink and blogging about whiskey for pleasure at www.whiskeywoman.com, she discovered a single malt whiskey being produced from grapes in the Cognac region of France. Fond of fine whiskeys from lesser known areas, Alison’s interest was piqued. She researched the potential to import smaller production “world whiskies” to the U.S. eventually establishing an import/export company to focus on this category of distilled spirits.

Brenne (rhymes with men) is produced by a third generation cognac producer who was growing estate barley as well as grapes. The cognac was matured in French Limousin oak barrels imparting a smooth taste and fruit forward notes that captured Allison’s attention. Her talent for persuasion and sales helped Allison strike a deal with the producer who had only producing this special cognac whiskey for the family. Over a three and a half year period she refined the process with the producer finishing the spirit in XO cognac barrels after five – six years aging in the Limousin oak ones. The result is smooth, aromatic, spicy yet mellow and unlike any other whiskey we’ve tasted.

Allison was named one of the Top 10 Women in Whisky by Drinks Business Magazine and awarded Highly Commended in the Icon of Whisky award for Brand Innovator of the Year for 2014.

The Connected Table Live airs live Wednesdays at 2 p.m. ET/11a.m. PT on W4CY Radio http://www.W4CY.com. The show is available on demand at www.iHeartRadio.com and everywhere the iHeartRadio app is available under the Shows & Personalities section.

We shared our first glass of wine with Mike and his lovely wife Jacque at the Food & Wine Classic several years ago. Then we shared a second…and third…of his singular Louis Martini Cabernet Sauvignon.

Mike grew up in his father’s and grandfather’s vineyards, learning firsthand what it takes to make world-class wines. When he wasn’t in school in (back then) rural St. Helena, he was working at the winery, in the vineyard, or out riding horses. As an adult he embarked on a formal study of viticulture that reads like the vintner’s “grand tour”- studying at U.C. Davis, exploring vineyards in Bordeaux and Burgundy with the late vintner-mentor Andre Tschelistcheff and, of course, working side by side with his father at the winery learning to develop his own personal style to bring balance and texture to his Cabernet Sauvignon blends.

Mike took the reins as winemaker at Louis M. Martini Winery in 1977, ushering in a new era in wine making while honoring the winery’s roots and commitment to delivering big, unforgettable wines. Although Mike’s personal wine making style continues to evolve, he will always aim to create wines that are balanced, complex and well-suited to accompany foods.

“Everyone talks about massive Cabernets, but the great thing about Cabernet is that its structure can show power and also elegance, grace, and finesse,” Mike said. “At Louis Martini, Cabernet Sauvignon is simply what we do.”

With the Gallo family’s acquisition of Louis Martini Winery in 2002, the Martini family continues its timeless wine making tradition while also experimenting with smaller production red wines under at its Cellar 254 artisan winery in St. Helena.

The Connected Table Live airs Wednesdays at 2p.m. ET/11a.m.PT on W4CY Radio http://www.W4CY.com. The show is available on demand at www.iHeartRadio.com
and everywhere the iHeartRadio app is available under the Shows & Personalities section.

Food and beverage industry insiders Melanie Young and David Ransom connect you to the people and stories in the world of eating, drinking, hospitality and travel.Meet the personalities behind the restaurants and products you enjoy. Hear from chefs,
restaurateurs, vintners, farmers, sommeliers, mixologists, authors, journalists, educators and more. Discover new places and go behind-the-scenes. Melanie and David are an insatiably
curious culinary couple who bring a delicious new approach to exploring the pleasures of the palate.