AOC Graves- An Appellation of Family Vintners- Both Old and New

AOC Graves- An Appellation of Family Vintners- Both Old and New

Just outside the city of Bordeaux, the four appellations of Graves, Pessac-Léognan, Sauternes and Barsac form one region (collectively known as Graves-Sauternes) that has traced an historic lineage along the left bank of the Garonne River for thousands of years. To many, this is the original Bordeaux, endowed with a range of stylish red, white and sweet wines.

Established as an AOC in 1937, AOC Graves is named for its distinct gravelly soils — known as “Graves de Bordeaux” — which have evolved over time thanks to its favorable proximity to the Garonne. With an enviable southwest exposure, Graves soils provide excellent drainage and heat retention for the grapes which tend to ripen, on average, two weeks early. Located between the vast Landes Forest and the Garonne and Ciron Rivers — with the Atlantic Ocean only a short drive away — Graves’ climate has beneficial maritime influences with the pine trees of the Landes providing protection from storms off the ocean. 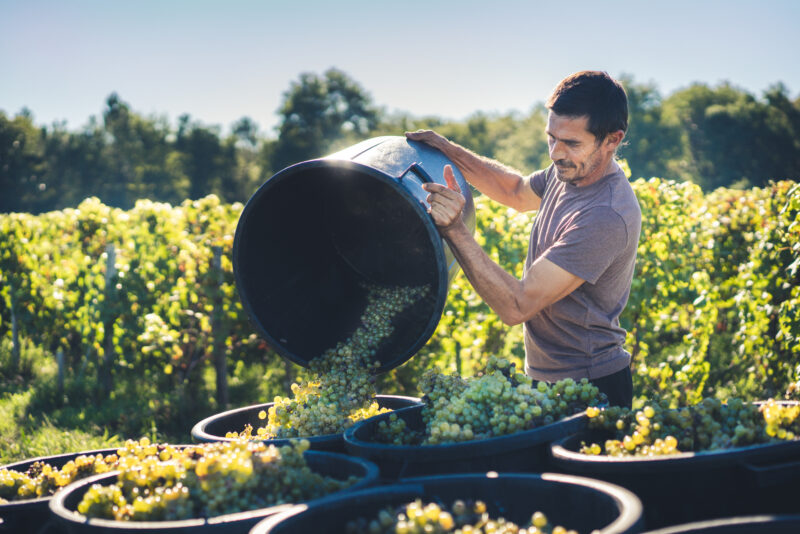 As one of the most historic regions in Bordeaux, Graves is home to the original plantings of Cabernet Sauvignon and Sémillon. Red wines account for almost 80% of production, mainly Cabernet Sauvignon and Merlot. Cabernet Franc, Carménère and Petit Verdot also thrive in Graves. White wines are focused on Sémillon and Sauvignon Blanc, and other classic Bordeaux Blanc varieties such as Sauvignon Gris and Muscadelle.

Meet the Families from Graves

Many Graves wineries are small, family-owned, and honor a Bordeaux legacy that dates back many generations. However, one can also find more recent arrivals to the area: vigneron families who have settled in Graves for its exceptional terroir and quality of life. With a commitment to sustainability, many have converted to organic farming and have attained HVE (High Environmental Value) certification at the highest level.

In this two-part article series, we’ll introduce you to some of the inspiring stories behind the families of AOC Graves and AOC Pessac-Léognan, a communal appellation of Graves. Graves offers wines in a diversity of style, character and terroir with a long tradition of family winemaking. Here are some of the family wineries leaving their mark on the region today: 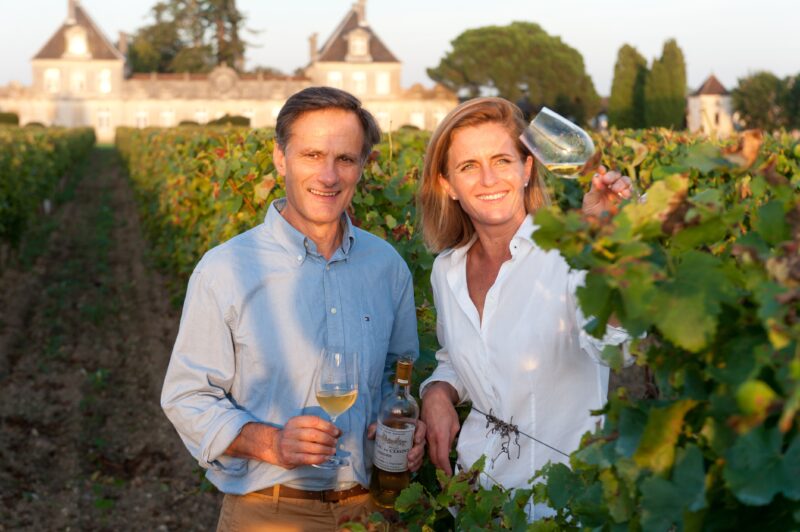 Nine generations of the Perromat family, including current owners Xavier and Caroline Perromat, have overseen winemaking at Château de Cérons. The 17th century estate is close to the Garonne River in a corner of Graves with an exceptional soil due to its riverside location and gravelly character. Sémillon plantings thrive here, Caroline shared in our recent interview with her.

Caroline is a trained nurse who told us she married into a family who were either doctors or winemakers. She transitioned into wine and spent 15 years working at Château Haut-Bailly before joining her husband Xavier, chief winemaker at Château de Cérons. Caroline’s training as a nurse has made her keenly aware of the importance of organic farming for both a healthy land and community. Château de Cérons is currently undergoing organic conversion with full completion expected by 2024. www.chateaudecerons.com 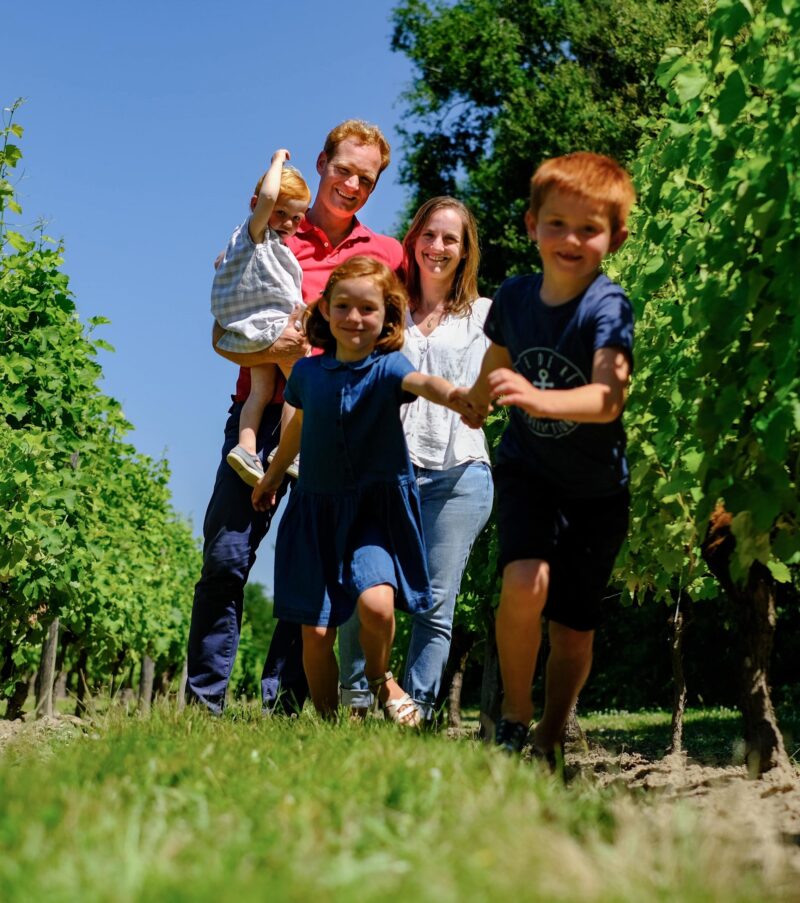 Pierre-Edouard Chatin, a former financier, and his wife Amélie, a winemaker, acquired Château de Respide in 2021. They represent a new generation of wine producers settling in AOC Graves. Like many other vignerons in Graves, the Chatins chose Château de Respide for its gravelly soils, ideal for producing both red and white wines. Born and raised in southwest France, the Chatins also sought a bucolic place to raise their family. The couple is teaching their three young children to respect the environment and is currently pursuing Level 3 HVE certification to reduce carbon impact.

The 17th century estate, which dates to 1630, has an illustrious history. One former owner was the aunt of French artist Henri de Toulouse-Lautrec, a frequent visitor. Pierre-Edouard shared that some of Toulouse-Lautrec’s sketches and watercolors remain at Château de Respide. www.respide.fr/en

What we tasted: Château de Respide, Graves Rouge, 2018: Merlot 60%, Cabernet Sauvignon 40%. Beautiful roundness and mouthfeel of ripe dark berries and cocoa thanks to the dominance of Merlot. Pair with red and white meats and hard cheeses. 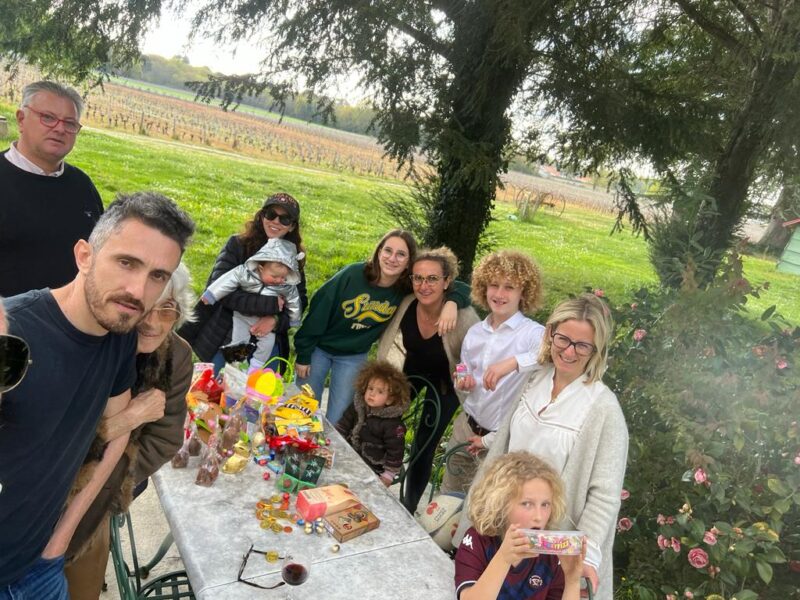 Physicians Marie-Neige de Granvilliers and husband, Jean-Thomas Quellien, returned to Château de Lusseau with their three children in 1972. The wine estate had been in Jean-Thomas’ family since 1870. Daughter Bérengère Quellien took over management of the family property in 2000, where she now serves as Lusseau’s chief winemaker.

Château de Lusseau encompasses seven acres, all organically farmed. Most grapes are hand-harvested, and the estate is planted to white Sémillon and Sauvignon Blanc and Merlot, Cabernet Sauvignon and Malbec reds. Each year, the close-knit Quelliens turn the close of harvest into a “family day” with a festive party. www.chateaulusseau.com/en

What we tasted: Château Lusseau, Graves Rouge, 2018: Merlot 55%, Cabernet Sauvignon 40%, Malbec 5%. Plum and cherry dominate the fruit profile with lovely notes of vanilla, tobacco and smoke from the oak aging, rounding out the flavors in this wine. SRP: $35 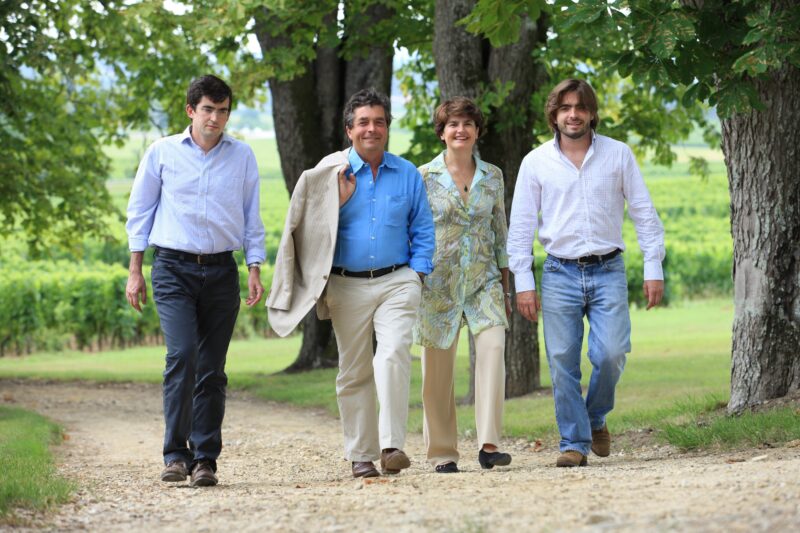 The Dubourdieu family first began cultivating vines in Bordeaux around the time of the French Revolution. However, it wasn’t until 1924 that Georges Dubourdieu purchased the family’s first château, Doisy-Daëne, in the Barsac appellation of Graves-Sauternes, which still exists today under the family company, Denis Dubourdieu Domaines.

A separate estate founded in 1982, Clos Floridène began as a small, two-hectare plot located on the limestone plateau of Pujols sur Ciron. Today, the estate covers an area of 40 hectares in the Graves appellation. The name “Clos Floridène” is a combination of the two founders’ names: Denis and Florence Dubourdieu. Today, Clos Floridène’s estate is run by their sons, Jean-Jacques and Fabrice Dubourdieu, the fourth generation of family owners. An environmental champion, Denis committed to a full-fledged effort for the 100% organic conversion of Clos Floridène, as well as HVE Level 3 certification. www.denisdubourdieu.fr/en/ 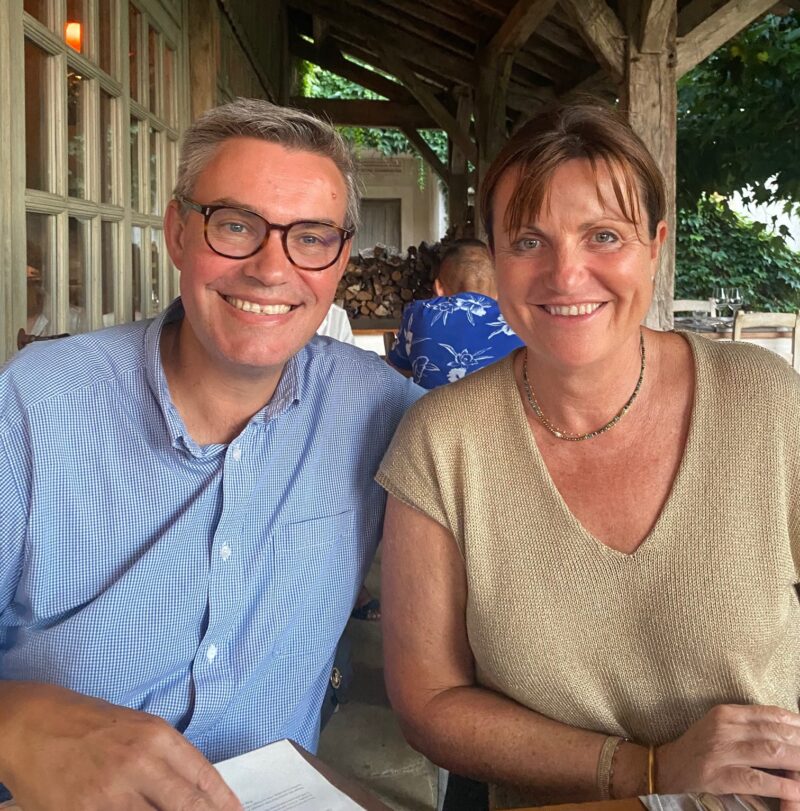 Dating back to the 16th century, Château de Portets has long benefitted from its strategic location on the Port of Portets on the Garonne River. For many years, Château de Portets was a fortified castle under the Gascq barony, but following German occupation during World War II, the once-mighty castle fell into disrepair. In 1956, Jules Théron, an architectural engineer, acquired Portets and breathed life back into the historic estate. Over the years, Jules passed along his winemaking passion and traditions to his granddaughter, Marie-Hélène Yung-Théron.

Château de Portets continues to thrive under the oversight of Marie-Hélène and her husband, Rodolphe Yung. The couple has two grown children, Charles and Paul. In 2018, the property became HVE-3 and ISO 14001 certified. wwww.chateaudeportets.fr/en

Graves is the only appellation in Bordeaux that produces red, dry white and sweet white (Graves Supérieures) wines. It is also one of Bordeaux’s warmer regions due to its southwest location, resulting in earlier ripening for the grapes. Graves whites lean toward fruity and floral with notes of citrus-grapefruit, Asian pear, white flowers, almonds, and beeswax. Aging potential is one to five years. Red wines are also aromatic with supple dark berry notes and softer tannins thanks to the frequent use of Merlot and sometimes Carménère in Cabernet forward blends. Aging potential is 5 to 15 years and longer! www.vinsdegraves.com

Listen to this episode of The Connected Table to hear from two family members. Caroline and Xavier Perromat, Château de Cérons, represent nine generations vignerons in AOC Graves. Pierre-Edouard Chatin, proprietor, Château de Respide, is a newer vigneron who chose this region for its exceptional terroir and quality of life for his family.

Melanie Young is co-host and co-producer of The Connected Table.