Just beyond the city of Bordeaux, you’ll find 72 fascinating châteaux in the communal appellation of Pessac-Léognan. Known for wines of elegance and finesse, Pessac-Léognan is a small but mighty region, home to 16 Crus Classés de Graves, including world-famous Château Haut-Brion. For centuries, Pessac-Léognan’s enviable location along the Garonne River has served as a major transportation hub for cargo boats carrying wines and other goods to the port.

Like the rest of Graves, Pessac-Leógnan’s terroir consists of gravelly soils mixed with clay and limestone formed by the Garonne. One unique distinction is that Pessac-Leógnan soils contain a high level of quartz minerals that retain heat from the sun, which enables an even ripening of the grapes and a long aging potential. Wine production in Pessac-Léognan is 80 percent red, largely Cabernet Sauvignon and Merlot blends, with a few other approved red varieties such as Cabernet Franc and Petit Verdot. Refreshing dry whites from Sémillon and Sauvignon Blanc make up the rest.

In the first part of our series, readers and listeners met some of the winemaking families of AOC Graves. Now, we’d like to introduce you to some of the producers of AOC Pessac-Léognan, a region characterized by an equally long and esteemed history of family winemaking. 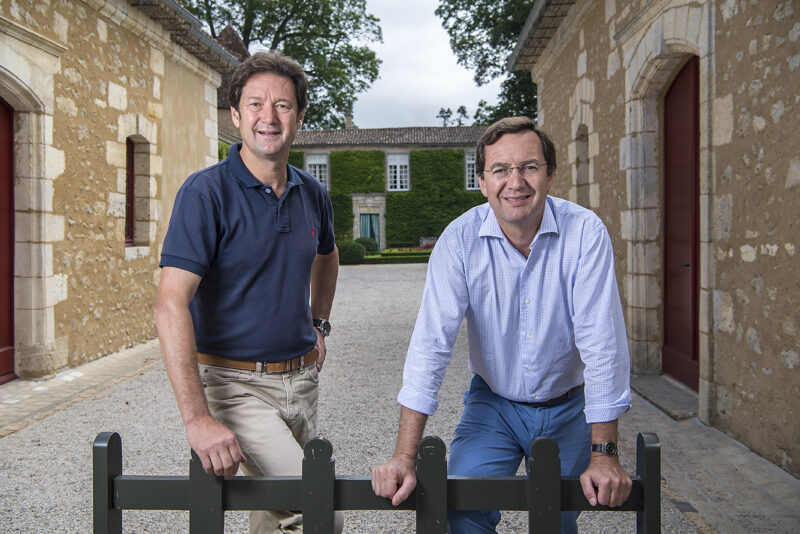 Founded in the 13th century by a brotherhood of Benedictine monks, Château Carbonnieux is one of the oldest and largest estates in Bordeaux. Classified as a Grand Cru Classé de Graves, Carbonnieux has hosted many notable visitors throughout history, including U.S. Ambassador Thomas Jefferson in 1787. Jefferson’s gift to the owners was a pecan tree, which still blooms in the château’s courtyard today.

The Perrin family first acquired Château Carbonnieux in 1956. Since then, three generations have overseen the estate, which is currently managed by Anthony’s two eldest grandsons, Marc and Andrea Perrin. In our conversation, Marc discussed his commitment to maintaining his family’s legacy and preserving the land: Carbonnieux is both HVE3 and ISO 14001 certified, and one-quarter of the vineyards is now organically farmed. www.carbonnieux.com 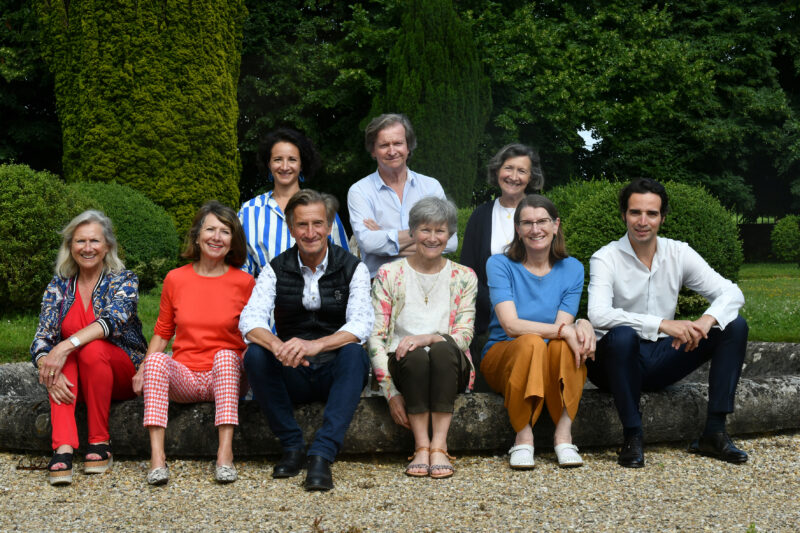 The Lurton family has profound roots in southern Bordeaux stretching back to the 19th century. After inheriting his family’s estate, Château Bonnet, in 1953, the winemaking visionary André Lurton helped to establish the great dry white wines of the Entre-deux-Mers region and was part of the founding of Pessac-Léognan as an AOC in 1987. Vignobles André Lurton, led by André’s son Jacques, comprises four family-owned estates in AOC Pessac-Léognan (seven in all) — including Château de Cruzeau, which André began restoring in 1975.

During our interview, Jacques reminisced with us about his father — the 70 years he dedicated to winemaking and his discovery of Château de Cruzeau — and why Cruzeau’s whites and reds embody the terroir and typicity of Pessac-Léognan wines. www.andrelurton.com

What we tasted: Château de Cruzeau, Pessac-Léognan Blanc, 2019: 100% Sauvignon Blanc. This wine has bracing minerality and stony notes laced within the lemon-lime-grapefruit citrus thanks to the limestone and quartz soils. Serve with fresh and cooked seafood SRP: $24 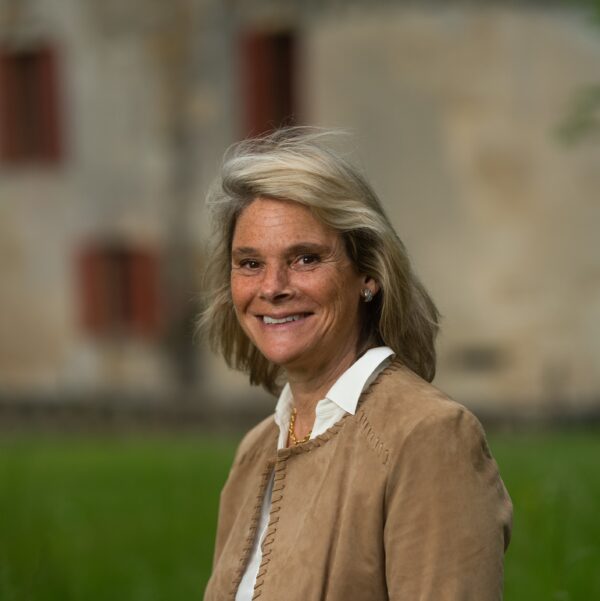 Originally a banking family from Germany, the De Bethmanns settled in Bordeaux in 1867. Patriarch Alexandre De Bethmann quickly made his mark in the region as mayor of Bordeaux. Through his grandson’s marriage, the historic Château Olivier entered into the family. The estate dates to the Middle Ages, one of the oldest in Bordeaux.

Today, Château Olivier is run by Eléonore De Bethmann, who has served as managing director since 2021. The estate is classified as a Grand Cru Classé de Graves. Production is roughly two-thirds red and one-third dry white. www.chateau-olivier.com 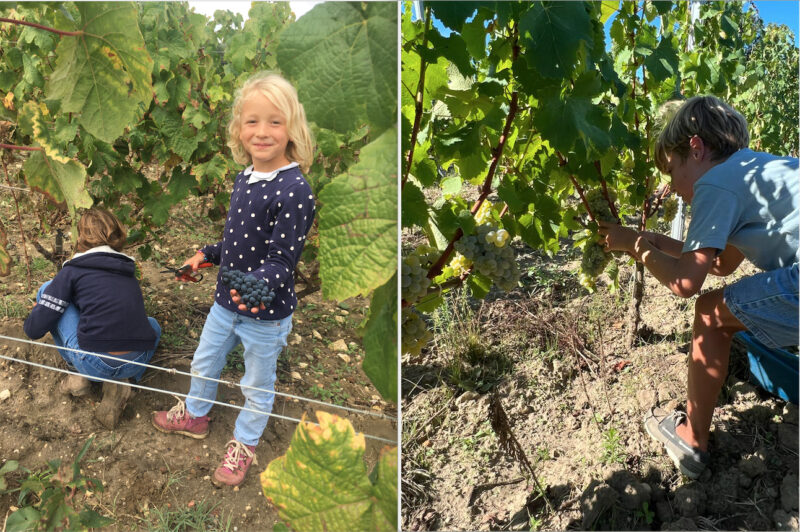 Even the youngest Lacoste family members take part in harvest at Château Ferran. Photo from winery.

The famed French philosopher Montesquieu once owned Château Ferran, which was acquired by Beraud Sudreau in 1880. The estate has continued to flourish under the management of his fourth generation descendants, Philippe and Ghislaine Lacoste, along with their son Thibault and daughter Olivia.

Divided into thirds by vines, forests and meadows, the 47-acre property is planted mainly to reds, predominantly Merlot with Cabernet Sauvignon and Petit Verdot. Nine acres are planted to the white grapes, Sauvignon Blanc and Sémillon. The property has been HVE3-certified since 2018. www.chateau-ferran.fr 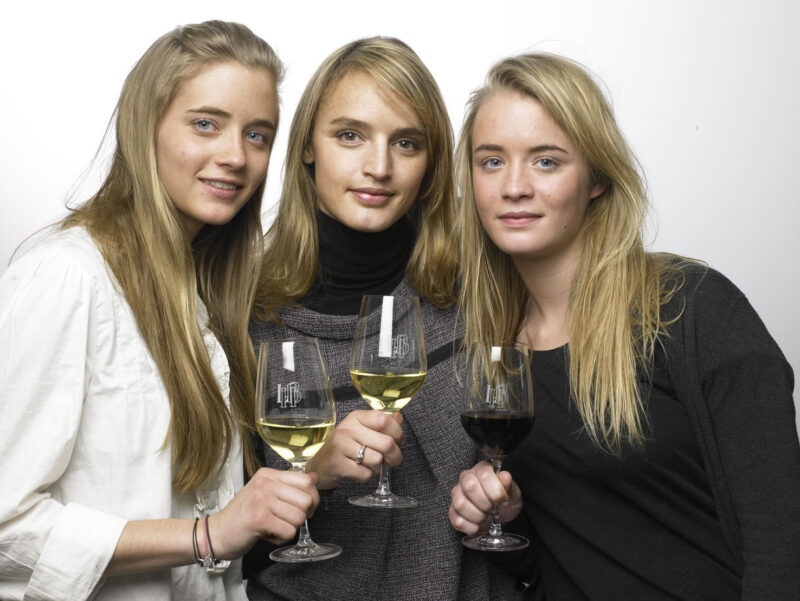 Three Gervoson sisters are all involved in winery operations at Château Larrivet Haut-Brion Photo from winery.

Philippe Gervoson and his wife Christine acquired the now-esteemed Château Larrivet Haut-Brion in 1987. Along with Managing Director and Winemaker Bruno Lemoine, each of the Gervosons’ three daughters are involved with winery operations.

As an example of Haut-Brion’s innovative spirit — and in a departure from Bordeaux’s traditional winemaking practices — some of the château’s wines are fermented and/or aged in clay vessels called amphorae. The micro-oxidation from the porous vessels allows these unique wines to develop softer tannins and a flinty character. www.larrivethautbrion.fr

What is the Pessac-Leógnan style?

Pessac-Leógnan’s location in the northern tip of the Graves region allows for cooler temperatures and traces of quartz in the soils, making for cellar-worthy wines with wonderful aging potential. These Cabernet Sauvignon-dominant reds deliver a balance of power and elegance while Merlot, Cabernet Franc and Petit Verdot round out the tannins and add texture and opulence. The dry whites are Sauvignon Blanc-dominant balanced with smaller amounts of Sémillon. All are rounded out through longer lees aging and bâtonnage, delivering a complex Bordeaux Blanc that can blossom with aging. www.pessac-leognan.com

Listen our conversation with Marc Perrin, Château Carbonnieux,  and Andre Lurton, Château de Cruzeau, on this episode of The Connected Table.