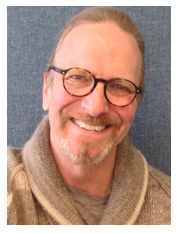 In collaboration with more than 80 community based partners, Wholesome Wave’s programs have expanded to 33 states and DC and are implemented at more than 500 farmers markets, dozens of community health care centers, hospitals and food hubs throughout the country. 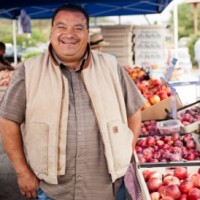 The grant is one of many announced as part of the larger $31.5 million allocated for the FINI grant program this year, a significant stride taken by the government to empower our nation’s most food insecure to make healthy food choices.

Michel’s commitment to educate the public, open the minds of legislators and help provide solution driven channels to fight poverty and put healthy, fresh affordable foods into the homes of people living in under served areas is one of the many  reasons The James Beard Foundation is honoring Michel as 2015 Humanitarian of the Year.- Melanie Young 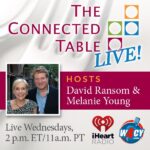 Michel joins Melanie and David as a guest Wednesday, April 8, 2pm ET, on The Connected Table LIVE! on W4CY Radio. A podcast of the show will be available on demand at iHeart.com under Shows and Personalities. The direct link to all shows is here:

Connect with Michel and Wholesome Wave: