One made a name for himself running one the world’s most renowned luxury brands. The other is a world-renowned oenologist. When Alain Dominique Perrin, formerly CEO /Chairman of Must de Cartier and Cartier International, purchased the historic 16th century Chateau Lagrézette in Cahors, France, he tapped Michel Rolland to oversee construction of the new wine production facility. Using his eye for detail and design, Perrin oversaw Chateau Lagrézette’s restoration, and Rolland tended to the vines.

At the time (1988) Chateau Lagrézette was still a winery cooperative. Says Rolland, “This was a first for me: to consult for a private client with wines vinifed in a ‘kolkhotz’! I quickly discovered the drawbacks of the cooperative and immediately warned Alain that my intervention would useless. Not being a man to take ‘no’ for an answer, he told me, ‘I promise you a beautiful Lagrézette winery in just a few years.'”

Construction on the new winery was completed in 1992. The first two vintages of Le Pigeonnier and Cuvée Dame Honneur became flagships of the appellation. Chateau Lagrézette has three vineyards. Caillac Vineyard, located between the winery and the Atlantic Ocean, and Landiech Vineyard, to the west of Chateau Lagrézette, both produce Malbec, the estate’s main focus. Rocamadour Vineyard, sixty kilometers from Caillac, produces Viognier.

Thirty years later, the two are still close and toasting to their success and good health. We had the chance to join them at a dinner September 27, 2018, that Perrin hosted in honor of Rolland at the New York Times four-star-rated Le Bernardin. Pairing two of Chateau Lagrézette’s silky Malbec wines with two of Chef Eric Ripert‘s sublime seafood dishes, Octopus with Tomato Salsa with Red Wine Molé Sauce, and a combo of Hawaiian Walu and Seared Waygu Beef with a Tomato Summer Roll in Spiced Red Wine Sauce, were both unexpected pleasures.  www.chateau-lagrezette.com

Listen here to our show with Alain Dominique Perrin

September 27: Alain Dominique Perrin, owner of Chateau Lagrézette hosted a dinner at Le Bernardin to celebrate his 30-year collaboration with oenologist, Michel Rolland. It was an evening of  toasts between friends.

Recalls Michel, “In 1988, after a brief telephone conversation with Alain Dominique Perrin, then President of Cartier, I went to Château Lagrézette in Cahors. We drove through the vineyards in a convertible car – one that had belonged to Brigitte Bardot. That was classy! The vineyards were less so… the vigor of the vines suggested an over abundant harvest. Alain told me then: “I do not have a cellar; my wine is made at the cooperative. I would like you to oversee the production.

“This was a first for me: to consult for a private client with wines vinified in a “kolkhoz”! I quickly discovered the drawbacks of the cooperative system and immediately warned Alain that my intervention would be useless: “I can’t perform miracles!” Not being a man to take no for an answer, he told me: “I promise you a beautiful Lagrézette winery in just a few years”. The construction of a state-of-the-art gravitational cellar was completed in 1992. A rigorous selection policy was applied, and two vintages were born, Le Pigeonnier and Cuvée Dame Honneur –  which became flagships of the appellation.” 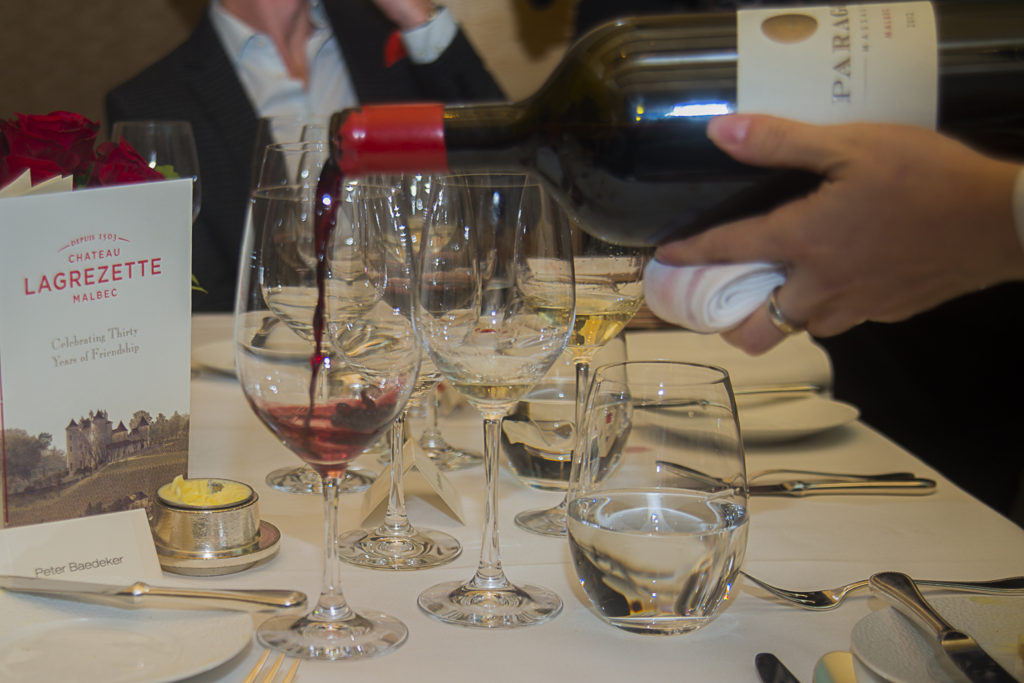