It’s hard to believe that Hurricane Katrina hit the Gulf Coast with its eye on New Orleans 10 years ago August 29th. At the time we were planning a major dining and wine event for following February the following year which sadly was cancelled. The aftermath left many of our restaurant friends recovering for months, and people were still living scattered here and there.

Flash forward to 2015: New Orleans is back on its game and its restaurants are better than ever as noted in this New York Times article. Media outlets around the country are focusing their eyes on “The Storm’s 10th Anniversary,” but we never lost sight of New Orleans and neither did its staunchest supporters, its restaurateurs.  One of the first restaurants granted a license to reopen was Ralph Brennan’s Redfish Grill.

Ralph Brennan is a third generation member of a family whose name, Brennan, is synonymous with New Orleans cuisine. The flagship French Quarter restaurant, Brennan’s, founded by his grandfather was Ralph’s playground where he worked as a prep cook during high school summer vacations. After earning his MBA and working as a CPA for Price Waterhouse for eight years, Ralph returned to the family business.

Today, The Ralph Brennan Restaurant Group includes the recently renovated (2014) Brennan’s, Red Fish Grill, Ralph’s on the Park, cafe b in Metarie and cafe NOMA within the New Orleans Museum of Art, well as restaurants in Disneyland. he is a co-owner of Commander’s Palace and Brennan’s in Houston. And he’s acquired the venerable 200-year-old Napoleon House in the French Quarter, best known for its Pimm’s Cups and Muffulettas as well as a mighty fine Sazerac. 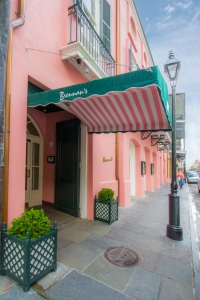