Usually when we think of malnutrition our thoughts drift  to impoverished areas of the United States or overseas to Third World countries. Rarely do we think about New York City much less a neighbor in your building.

But the reality is New York City is home to nearly 1.3 million senior citizens age 60 years and older. Many of them are hungry…for food and for companionship.  The same goes for other cities, not just New York. It could be your elderly neighbor down the street who has mobility issues or weakened memory for whom cooking is difficult and eating is no longer pleasurable alone. It’s not always about living on a fixed income or below the poverty level, though this is a problem. Many elderly are isolated and have no one to talk to.

According to a 1993 study by the Urban Institute* nearly five million elderly Americans (age 60 and over) experience “food insecurity” which means not getting enough to eat. In fact, 55% of seniors admitted to hospitals are suffering from malnutrition.

The situation is growing as Americans age. According to a December 1997 U.S. Conference of Mayors’ Status Report on Hunger and Homelessness* 65% of 29 cities surveyed reported requests for food assistance by elderly individuals increase by an average of nine percent that year.

I’ve written about malnutrition among cancer patients and within under served and impoverished communities where lack of quality food is a problem. With the elderly you wonder, “Don’t they have family to take care of them?” The answer is too frequently “No.” 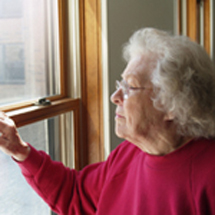 Restaurant Critic and bestselling author, Gael Greene, has lived the life many of us dream about dining in Manhattan’s best restaurants and traveling the world eating for a living. But she couldn’t shake the fact that while her life was a banquet, she had “invisible neighbors” who may be starving, both for food and companionship.

With the late author and culinary teacher, James Beard,  Gael created Citymeals-on-Wheels, one of New York City’s and the nation’s leading non-profits that addresses malnutrition among the elderly by providing. Citymeals-on-Wheels mission statement is to “provide a continuous lifeline of nutritious food and human company to homebound elderly New Yorkers in need, helping them to live with dignity in their own familiar homes and communities.”