New York City has seen its fair share of vegetarian restaurants over the years, like Zen Palate, Blossom, Candle Cafe and Angelica Kitchen, but none have ever garnered the accolades that Amanda Cohen’s Dirt Candy has. Opened in 2008 with only 18 seats, Dirt Candy wasn’t just a fresh look at how to create a meat free menu, it was more like the Le Bernardin of vegetarian cooking: a veritable temple to the possibilities of where one can take a chef’s chosen medium, in this case vegetables, in the kitchen.

When it was reviewed, finally – after four years, by Pete Wells of The New York Times (he, like Leonardo DiCaprio, probably couldn’t get a reservation), Dirt Candy got a glowing review and two stars. Later, the Michelin Guide took notice. the restaurant expanded to a large location on the Lower East Side with plenty of seating and counter space to feed NYC’s growing population of healthy minded restaurant goers. Address:  86 Allen Street (212) 228-7732 Twitter@dirtcandynyc

All of it comes from the energetic mind of Amanda Cohen, a Canadian by birth, who has, in the process of creating a restaurant based on vegetables, also bucked most of the stereotypes associated with that concept, like using organic vegetables, sourcing only from farmers markets, and eschewing the use of dairy and eggs in her dishes. She does none of those, choosing instead to focus on making sure that what she creates in her professional kitchen, while certainly more labor intensive and admittedly intricate than similar dishes one may cook at home, can at least be done so from supermarket ingredients if need be, and without scouring the far reaches of the earth to find the perfect purple carrot.

Amanda calls Dirt Candy an all vegetable restaurant  versus vegetarian. Dirt Candy appeals to vegans, vegetarians and meat lovers alike. It’s just that good and you want to try every dish. Rephrasing something Amanda says in her comic book cookbook, “Dirt Candy: A Cookbook,” “It’s about saying “yes” to vegetables versus saying “no” to meat. In fact, Amanda does eat meat. But has she met a vegetable she doesn’t like? Listen to our January 13th show with Amanda at this iHeartRadio Link

Purchase Amanda’s cookbook now and find out how her sense of humor is as fabulous as her cooking. 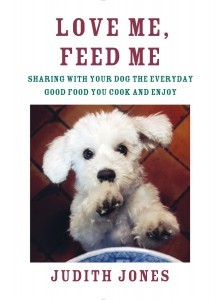 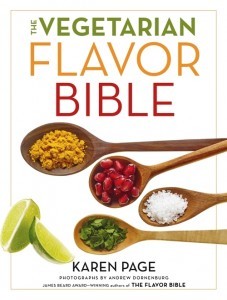