The term “terroir is used to describe how climate, soil, topography, elevation and other environmental factors help create the unique expression in a bottle of wine. But “terroir’ is also applied to other products, including wine and coffee.

Mark Reynier, Founder and CEO of Waterford Whisky, is addressing “terroir” head-on in his new Irish single malt whiskies with a focus on single farm origin barley. After 20 years working in wine and another 20 in spirits, Reynier has a nose for what we likes and the knowledge to make it happen. 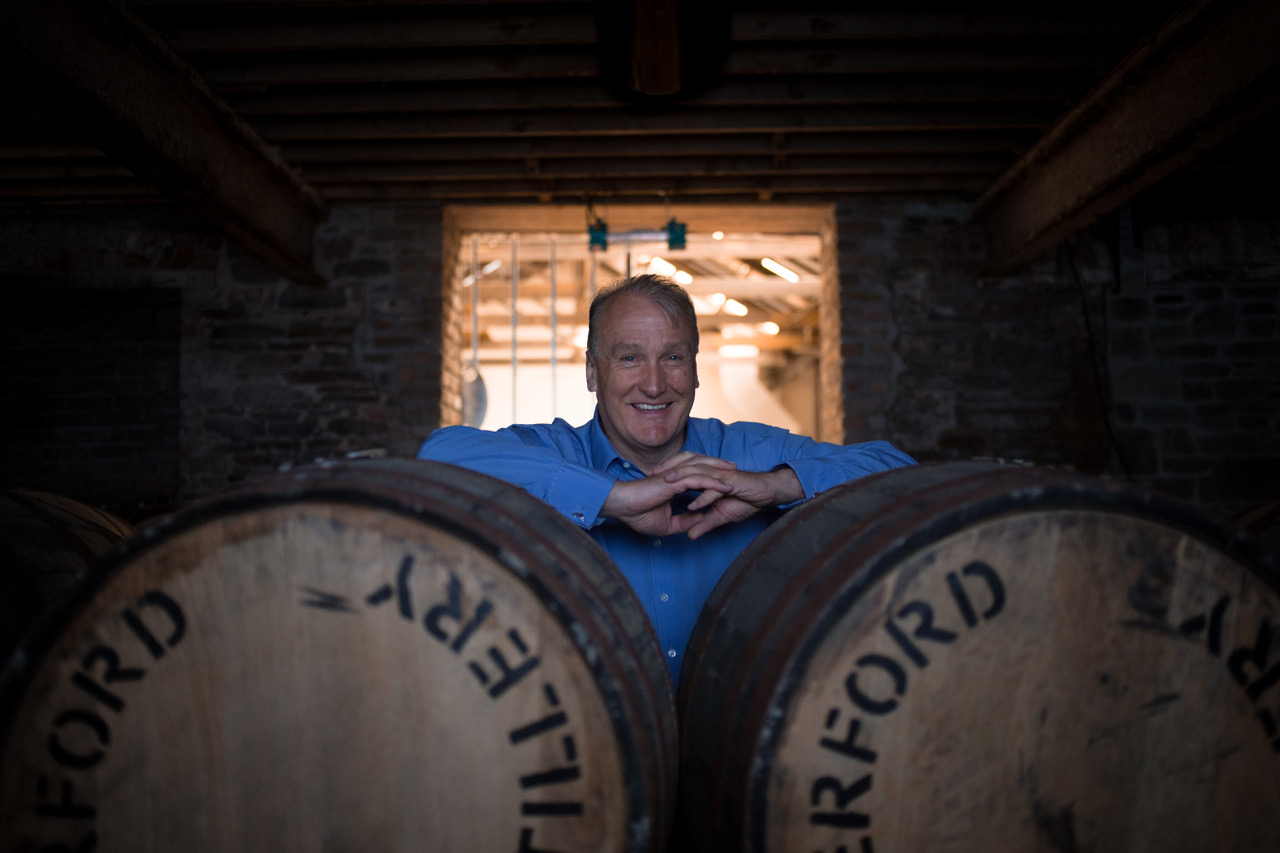 Reynier was raised in the wine industry. His grandfather started a wine importing company and owned retail shops in London; his father began selling wine wholesale after World War II. Reynier launched one of London’s premier wine and spirits shops, La Reserve. His love affair with whisky started after he won a ₤1,000 bottle of whisky at a London Wine Fair. In 2000, Mark resurrected the defunct Bruichladdich distillery in Islay, Scotland and later sold it to Remy Martin. He then launched a new venture, purchasing the former Guinness brewery in Waterford, Ireland, in 2014, and turned it into a state-of-the-art distillery with the mission to make a terroir-driven whisky.

In Burgundy, they talk about terroir all the time in relation to their wines,” say Reynier, “I was convinced that the same could be done for whisky, and Waterford is the result of that effort.” 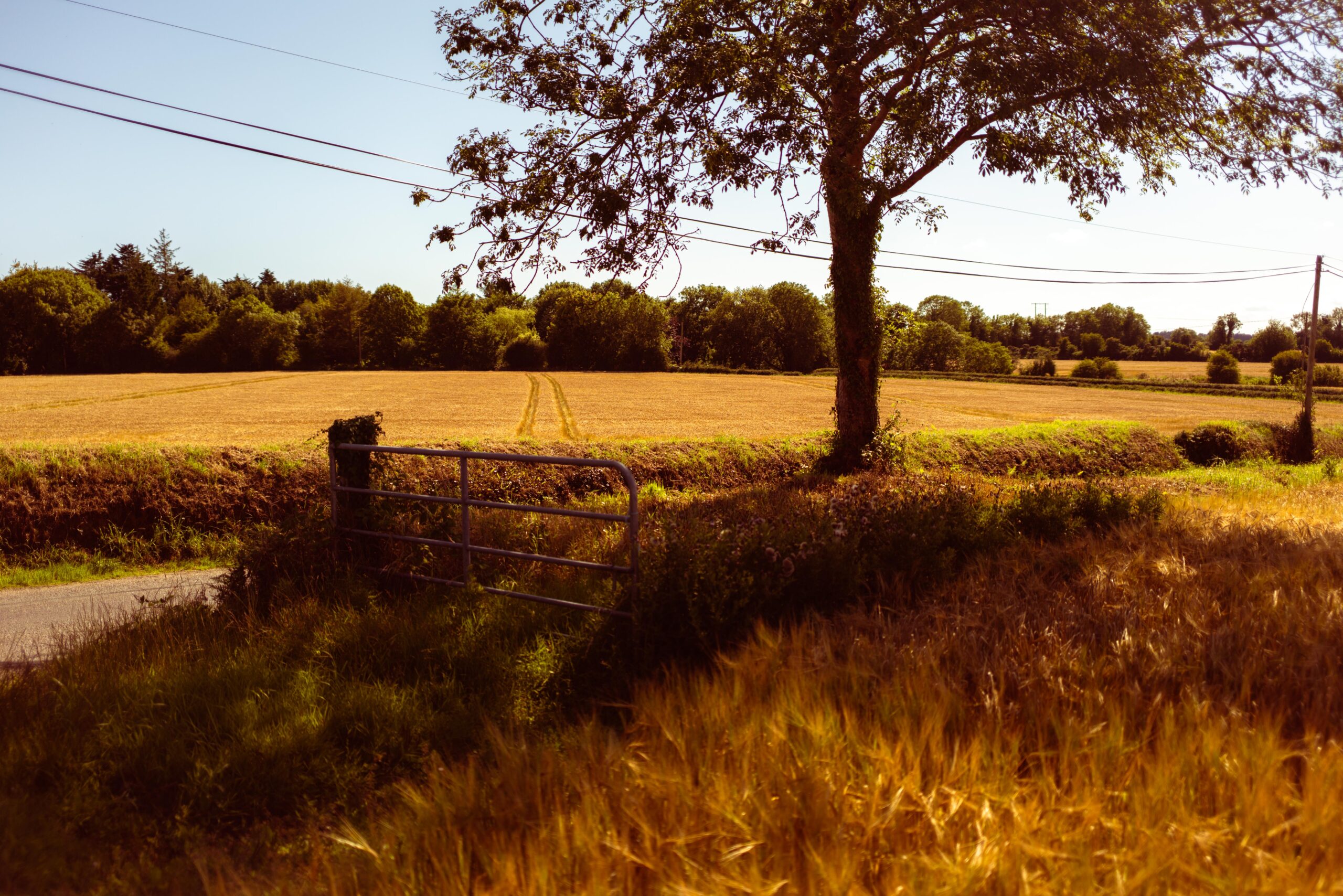 Coolander Farm, one of the 97 farms where Waterford Whisky sources its barley

Reynier  chose Ireland to make whisky so he could “follow the barley” as he feels Irish barley is among the best in the world. To make Waterford, he’s sourcing from 97 farmers across the country, all of whom work to meet his exacting standards. Once harvested, Waterford stores, malts and distills each farm’s grain separately to capture the distinctive character of each site. Each bottle of Waterford Whisky identifies the farm and shares a numbered terroir code so the curious can learn more about the source on the Waterford website www.waterfordwhisky.com. “We’re offering full transparency,” says Reynier.

Currently, three Waterford Irish Whiskies are available in the U.S. market. Coincidentally, each is named after a different fort in Ireland – Dunmore (“big fort”) Dunbell (“hillside fort”) and Rathclogh (“stone fort”). Each presents a single farm origin for its barley, differentiated by the unique soils, climate conditions, topography and elevation – EG: terroir – specific to that farm. “ 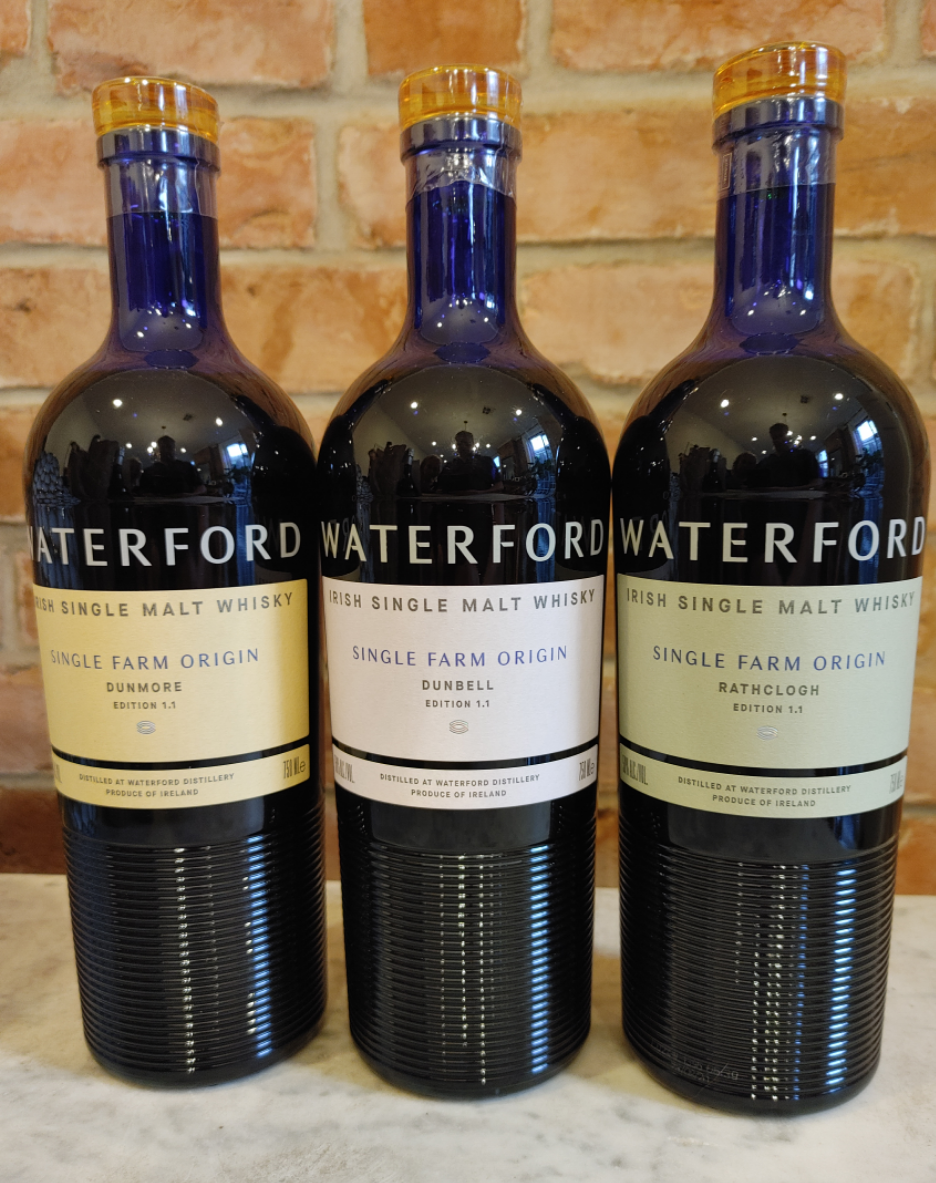 Waterford Whisky currently has three selections available in the USA (more coming!). Each has a suggested retail price of $90 (750 ml.)

Here is a brief description of each:

Waterford Single Farm Origin Dunbell sources its barley from farmer, Ned Murphy, east of the River Nore.  The whisky was aged just under four years in four different cask types. It is a light The palate is bright with lemon zest, dried orange peel, and ginger.

Waterford Single Farm Origin Dunmore sources its barley from John Tynan in County Laois .was aged just under four years in four different cask types. It has notes of graham cracker, granola, and ginger. There was a delicate and pleasing creaminess on the palate with spiced pear and apple.

Waterford Single Farm Origin Rathclogh  sources its barley from Richard Raftice in Kilkenny, whose farm has  glacier meltwater gravel soils in Kilkenny. Also aged in four different casks, this whisky has earthier notes with a touch of toffee brittle, but not cloying. It delivers a pleasant richness.