Established in 1897, Nino Negri is a premier wine estate in Valtellina DOCG in Italy’s Lombardy region. The winery is located within the 15th century Castello Qauadrio in the city of Chiuro and sits above a network of underground cellars. The Valtellina region is recognized as one of the most challenging for growing grapes due to its rugged terrain amid the Lombardy Alps. The star grape variety is “Chiavennasca,” the local word for Nebbiolo. All DOCG Valtellina wines must contain at least 90% Chiavennasca. 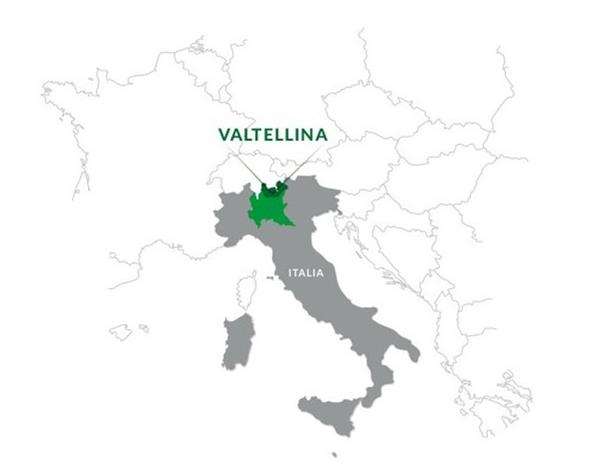 Valtellina is in northern Italy next to the Swiss border. 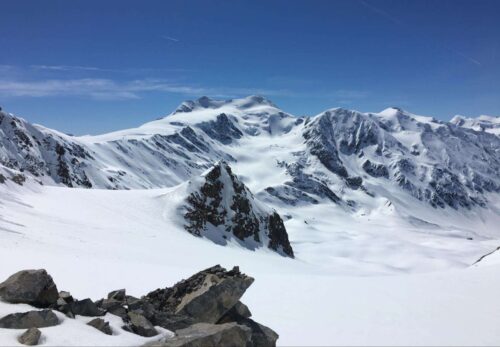 Valtellina’s location in the Italian Alps is closer to St. Moritz than to Milan.

Nino Negri winemaker, Danilo Drocco, joined The Connected Table to discuss both the estate, its location and its new collection of wines called Vigne di Montagna. Born and raised in the heart of the Langhe in Piedmont, Drocco has been at Nino Negri as its winemaker since 2018. Prior, he worked for nearly two decades with Fontanafredda winery. 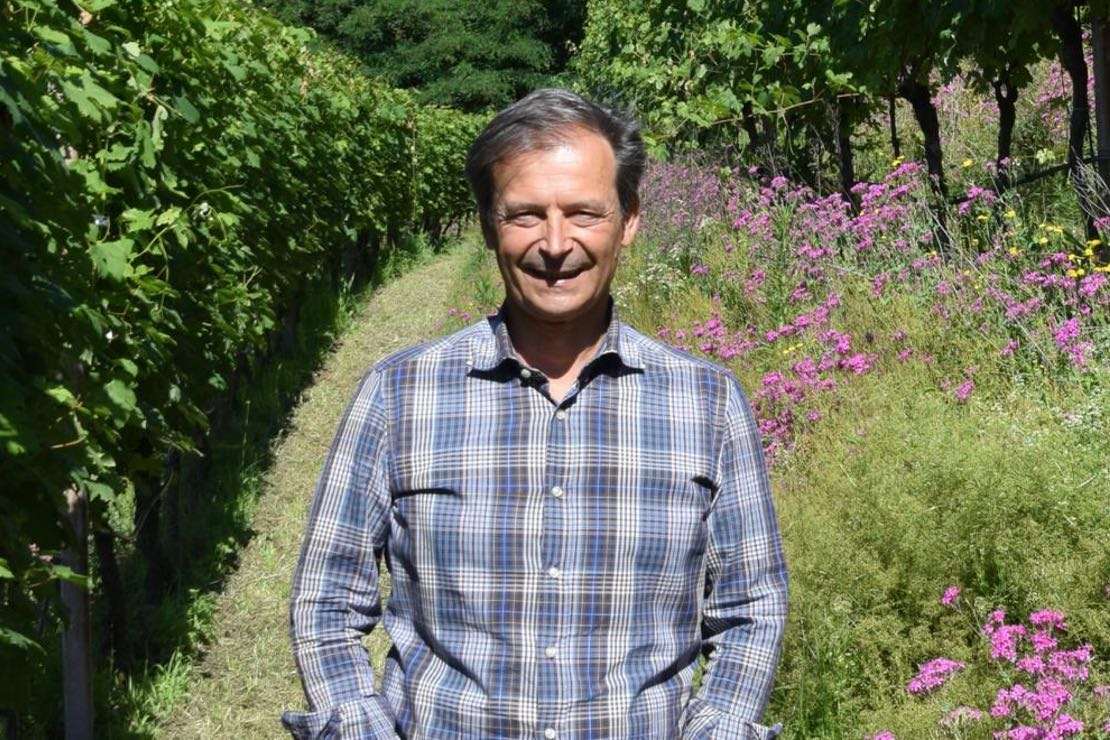 We asked Drocco what sets Valtellina apart as a wine region.

“DOCG Valtellina is in the northmost part of Lombardy very close to the Swiss border, actually closer to St. Moritz than to Milano. The location is unique for growing grapes because it is in the middle of the Alps which is uncommon in Europe. The terrain is steep and rocky, and the weather is cold and windy. Still, the vineyards have a southern exposure and benefit from generous sunlight. Also unique is its East-West orientation, created millions of years ago resulting from geological forces that formed the land,” he shared. 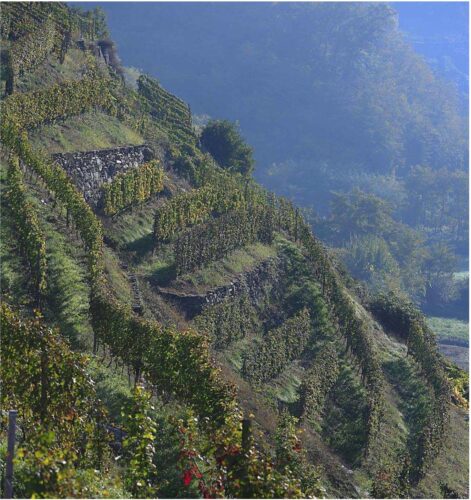 Vineyards are built on stone terraces and are hand-harvested. During harvest, you can see helicopters transporting bushels of grapes from the steep slopes. The labor required is significant. “In a normal vineyards, we need 200-300 hours to harvest grapes, but in the mountain we use 1500 hours per hectare of work,” Drocco told us. 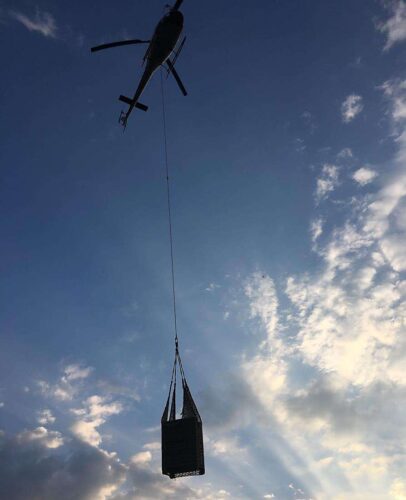 Helicopters help transport grapes from the mountain vineyards during harvest.

Chiavennasca, a clone of Nebbiolo. is the local and dominant grape in DOCG Valtellina. Drocco underscored that Chiavennasca is 100 percent Nebbiolo by DNA (don’t let the local dialect name imply otherwise). However, there are slight differences in characteristics due to Valtellina’s terroir. “Chiavennasca skins are generally thicker to endure the weather. The berries are smaller, and yields tend to be lower by 30 percent. ” 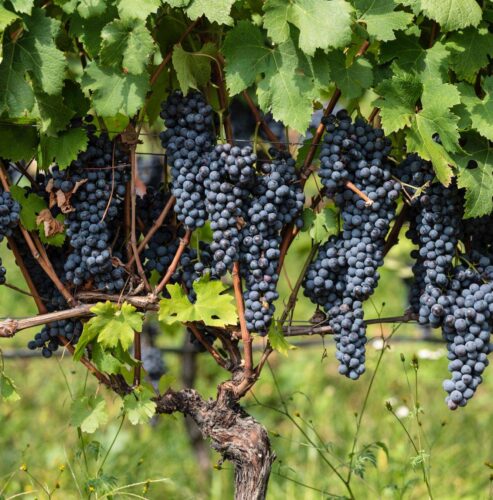 Chiavennasca is the local clone for Nebbiolo in Valtellina

Another factor is the rocky soil comprised of limestone and sand. The grapevine roots grow around the rocks, soaking in their minerality which is imparted into the wine. In comparison, soils in the Langhe where Nebbiolo is cultivated are mainly clay.

“Valtellina Nebbiolo has a little less color than the wines of the Langhe; the bouquet is very complex with silky tannins,” shared Drocco.

Nino Negri has played a prominent role in Valtellina, and its wines are considered benchmarks for the region. The estate works owns 75 acres of prime vineland and sources from more than 200 growers throughout Valtellina’s five subzones: Grumello, Inferno, Maroggia, Sassella and Valgella.

While several wines are produced at Nino Negri, it may be best known for its Valtellina Superiore, aged wines made in the style of Barbareso and Barolo. Another is Sfursat di Valtellia made in the appassimento style of air drying grapes before vinification to produce a full bodied, higher alcohol red wine similar to Amarone.

Nino Negri has introduced three single vineyards wines called Vigne di Montagna, which we had the opportunity to taste. The aim is to spotlight the special terroir of each vineyard and subzone. 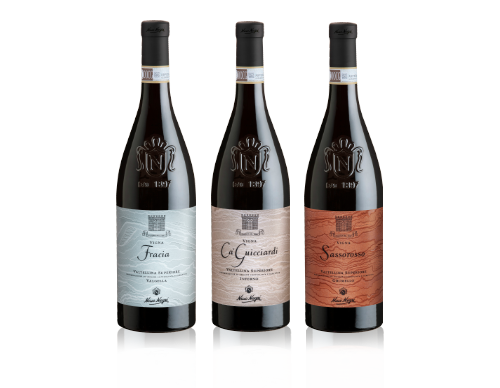 Sassorosso 2019 Valtellina Superiore (13.5% ABV)- This vineyard is located on a rocky prominence eroded by glaciers. The wine is aged 12 months in barrel and another six in bottle. More Pinot Noir is style with elegant, restrained fruit. (SRP $80) 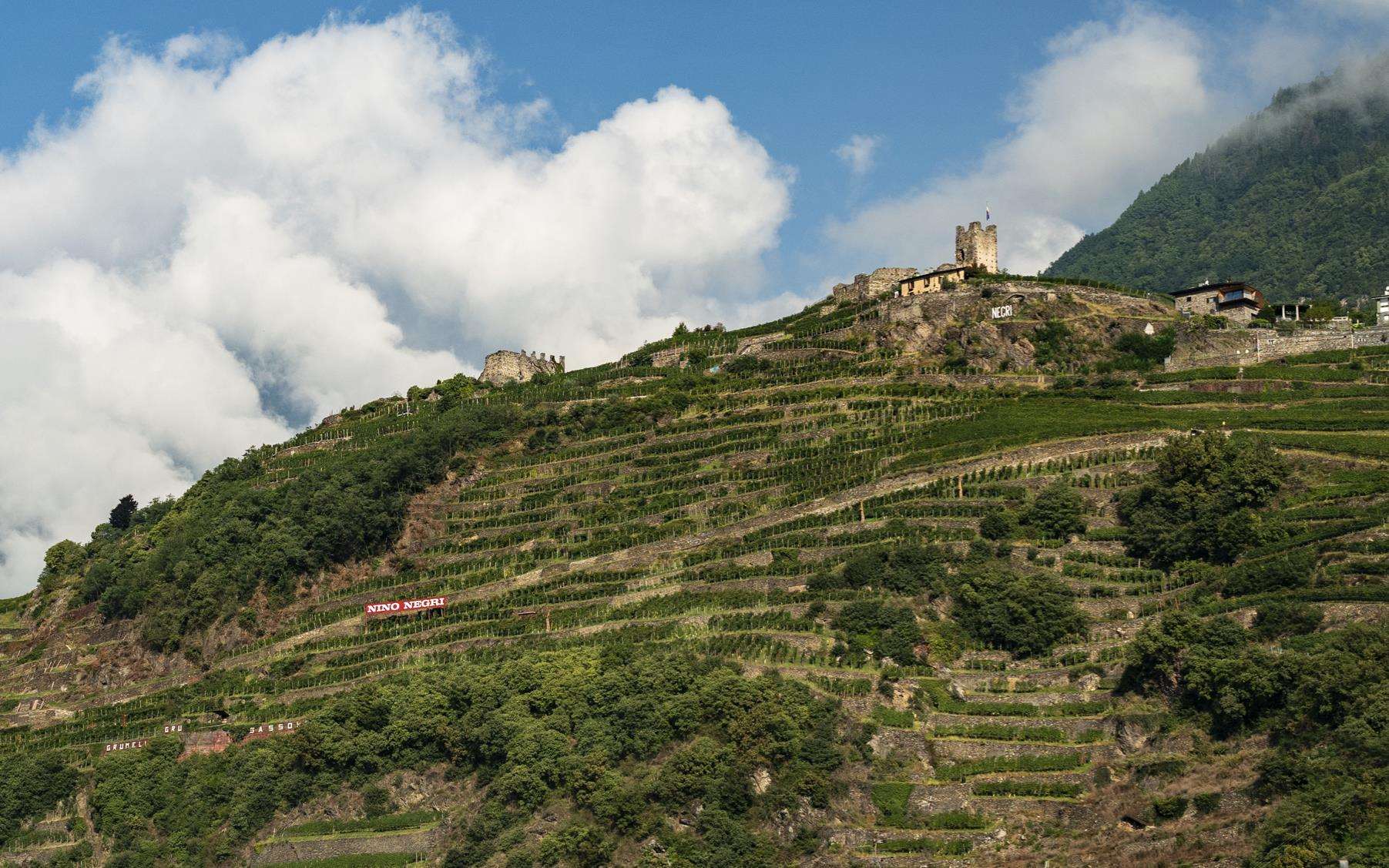 Cá Guiccuardi 2019 Valtellina Superiore (14% ABV)- A notable characteristic of this vineyard is the abundance of large quartz-like white stones that retain more heat from the sun, making Guiccuardi the warmer than other areas The wine is aged for at least 12 months in medium-size oak barrels. (SRP $80) 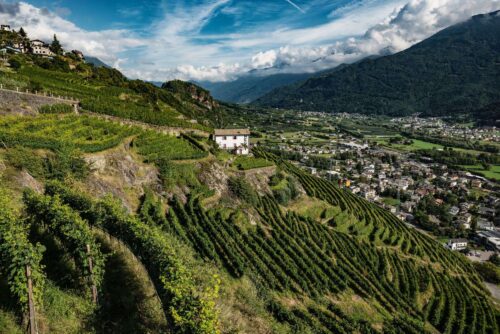 Guicciardi Vineyard in the Inferno subzone

Vigna Fracia 2018 Valtellina Superiore (14% ABV)-coldest area The family first this vineyard in 1897 making it their oldest. Situated in an alpine valley, its climate is colder and windy compared to other vineyards. Wines are aged one year in barrel and 2 years in bottle to develop a silkiness to this wine. (SRP: $80) 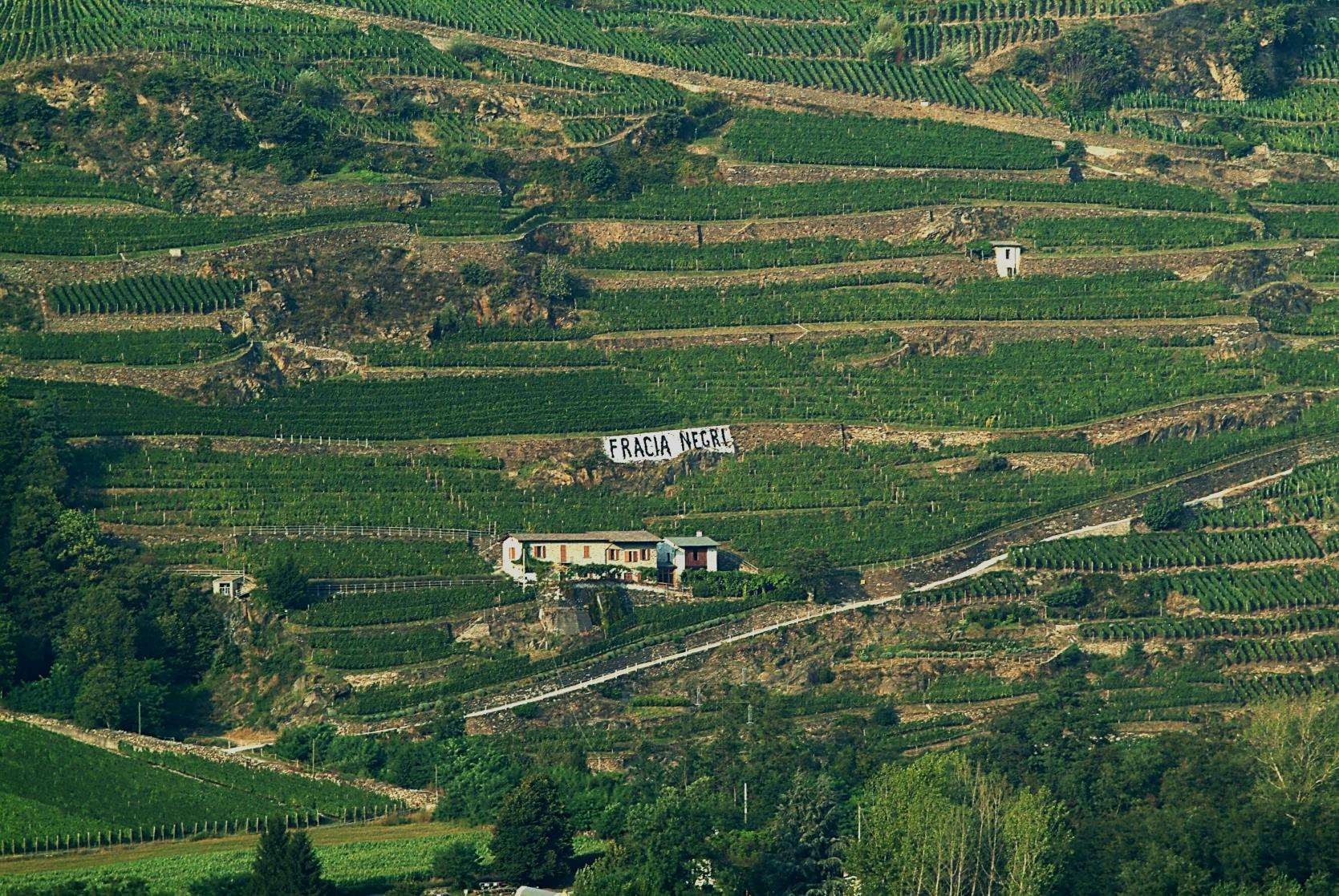