Nicola Thornton grew up in the U.K. but fell in love with Spain after attending university there. She moved and entered the wine industry. We first met Thornton when she was working for a well-known producer in Toro.  We’ve stayed in touch over the years and were delighted to spotlight Thornton in two podcasts for The Connected Table SIPS.

The first podcast discussed the expert set up called Spanish Palate. Thornton says she looks for independent producers that are “magical little gems with great stories,” giving them a voice and introducing them to international markets. Working with a largely female team, Thornton has helped over 100 wine producers from 20 different regions in Spain find their place in over 40 countries, al in under three years.  www.spanishpalate.es Facebook/ Instagram: spanishpalate 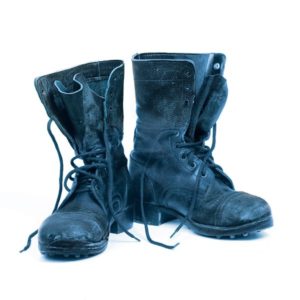 But that’s just the start of Thornton’s efforts. While working the business she said she became acquainted with local grape growers and aware of the hardships they faced.  She created Botas de Barro (named after the farmers´muddy boots) to help give them renewed hope and support, encouraging them to continue to nurture their low-yield, ancient vineyards, many over 100 years old. Grapes are sourced from small independent grape growers throughout Spain to produce its portfolio of wines. www.botasdebarro.com. Facebook: botasdebarro

This podcast is part of our special series recognizing women in wine and spirits. A donation has been made to Les Dames d’Escoffier, an organization to supporting women in the fine food and beverage industry through education and advocacy www.ldei.org . For information on featuring a dynamic women for this series, contact melanie@theconnectedtable.com.

Jen Riis, aka “Mr. Spain,” scouts wines for Kysela Pere et Fils’ Spanish wine portfolio. Based in Madrid, Jen discusses some of Spain’s most well-known wine regions like Rioja and Ribera Del Duero, as well as smaller regions he says everyone should have on their wine drinking radar, such as Alicante and Jumilla. Jen underscores the increasing popularity of Spanish Sherry and white wines from D.O. Rueda, in addition to red wines made from Mencia, Monastrell and Garnacha. www.kysela.com  The Connected Table SIPS

What’s it like to oversee one of the world’s most read wine magazines? How much wine can you taste in a week?

Wine Spectator Executive Editor Thomas (Tom) Matthews has spent the better part of thirty years reporting on the wine industry. He joined the magazine in 1988 starting as a reporter in the London office and moved to New York in 1989.  Appointed to executive editor in 1999, Tom oversees the magazine’s staff of writers, editors and art directors for both the print and online operation. He is the lead taster for Spanish wines and one of the magazine’s principal restaurant reviews and travel writers.

Tom’s passion for wine began back in the vineyards picking grapes in Bordeaux during the 1979 vintage. He learned the business side as a wine buyer for New York restaurants, Odeon and Cafe Luxembourg, in the 1980s.  His book, A Village in the Vineyard, written with wife Sara, a photographer, chronicles their life in France.

Tom and his team have helped build Wine Spectator into the world’s #1 wine focused magazine, by not just reporting on trends, but often, through its superlative journalism, helping to forecast them through in-depth interviews with industry mavericks and the lifestyle they help invoke to readers. While many look to Wine Spectator for the extensive wine ratings in the back of the magazine, it’s the profiles and destination reports of places we long to visit that fill our files.  Some of the most highly anticipated issues of Wine Spectator each year include the annual “World’s Greatest Wine Lists” dining guide published in August and the upcoming “Top 100 Wines” guide. 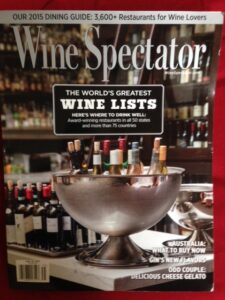 Tom joins The Connected Table LIVE October 7, 4pmEST, to discuss his career, wine trends, his recent cover story on Spain and give a hint or two about the Top 100 Wines to be unveiled later this month.

We’re deciding what glass of wine to have with this interview! We know it will be Spanish since this show will air from Wines from Spain’s Great Match in Manhattan and in anticipation of our second guest, Alvaro Palacios, the esteemed winemaker whose, in the words of Wine Spectator’s October 15th cover story, “leads Priorat to new heights.” 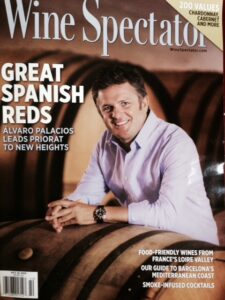